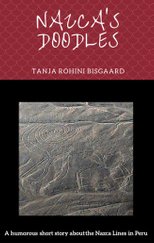 If you have visited Peru and seen the Nazca Lines, you probably wondered how they possibly could have been made. Well, so did I. And then I wrote a short story about it.

You can read it on Kraxon Magazine for free 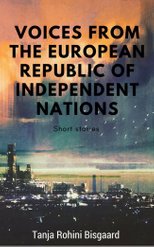 In a future Europe, the citizens of ERIN struggle to find their feet in a inherited world that looks very different from the one we know today.

Through a series of short stories from several European countries, we encounter people in different situations that might arise due to pollution and global warming.

Buy them on Amazon

Buy them on Barnes & Noble, iBook, nook and other platforms

Inspiration for The Relic

After I wrote the first draft of this story, someone told me that Olafur Eliasson and Minik Thorleif Rosing had actually done what I was writing about. I was ashamed and amazed at not having heard about it – and who would believe me when I said I did not know! So I investigated what the Icelandic artist had actually done: in 2015, for the talks about a global climate agreement in Paris (COP 21), Mr Eliasson and Mr Rosing had several lumps of ice transported to the centre of Paris where they lay for days as they melted.

You can read more about the project they named Ice Watch Paris here.

Even though my idea seemed less original, I decided to write it anyway – in a futuristic version. I hope you enjoy The Relic. 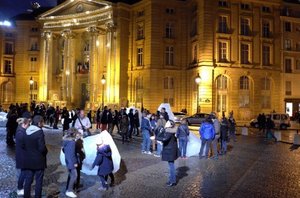 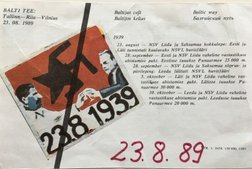 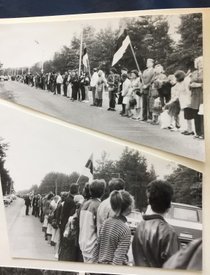 Inspiration for Winter of Nations

My short story Winter of Nations was written after Claudia told me about one of her summer holidays when she visited the Baltic countries in 1989.

It was a peaceful political demonstration that occurred in the three Baltic states to create global attention about the Soviet Union’s occupation of the countries, and their wish to become independent nations. Approximately two million people participated on 23 August 1989, by holding hands and forming a human chain that spanned 675 kilometres (420 miles) across the three countries. By the end of 1991, all three Baltic countries had had elections and declared their independence.

The event was later named The Baltic Way.

It was one of several revolutions across Europe. The fall of the Berlin Wall another. The time period was named The Autumn of Nations.